3 years ago by Laura

About a month ago 📆 we wrote about the emoji burger 🍔 controversy in which Google had come under scrutiny 🔍 for the order in which it had placed the elements of a hamburger 🍔. Well, we have an update!

Below is the emoji in question ❓which prompted Google’s CEO to tweet 🐦 that he was going to “drop everything… and address on Monday.” 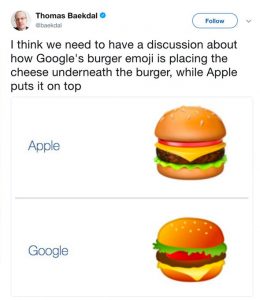 That was version 8.0. This week a preview 👀 of 8.1 was released and Google has obviously taken feedback very seriously and has resolved the issue 😃. 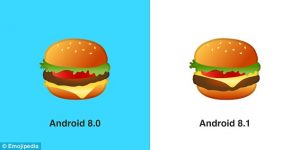 There you go everybody, you can now rest easy 😴!

Have you heard about reverse advent calendars?

3 years ago by Laura

Choose a combination of 5 emoji’s to start playing